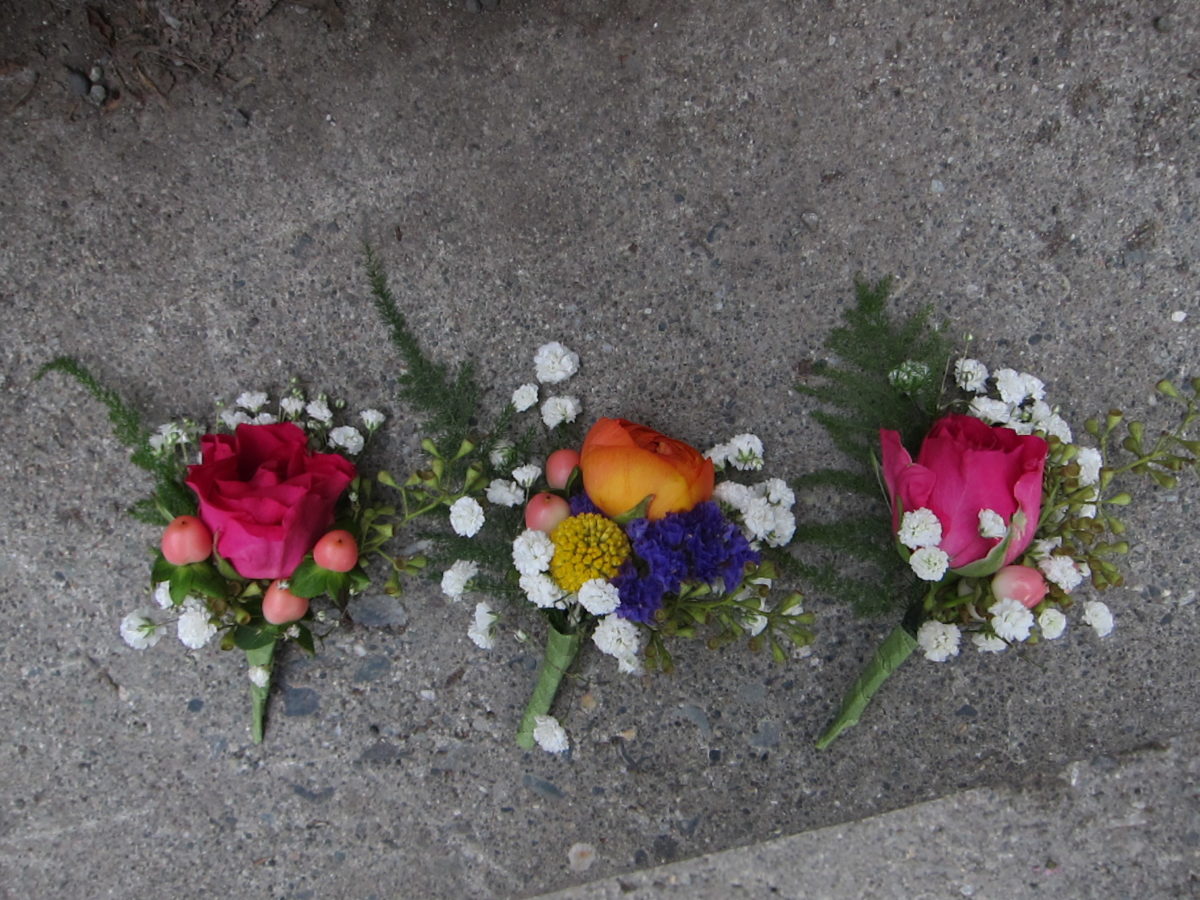 This weekend was a flurry of flowers. I had four weddings: two large and two small, which was a whole lot of work!

Two of my weddings were both at Alyeska Resort on the same day. It was so convenient! While one was all baby’s breath, the other couldn’t have been more opposite. 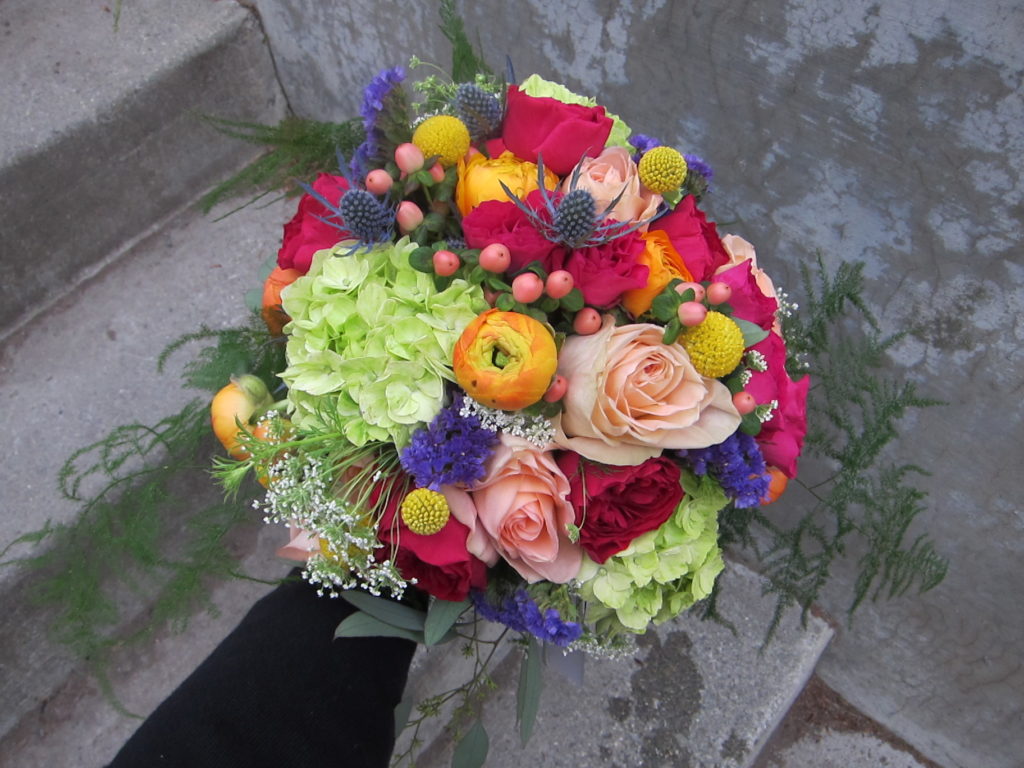 The bridesmaids’ bouquets were also a kaleidoscope of flowers. 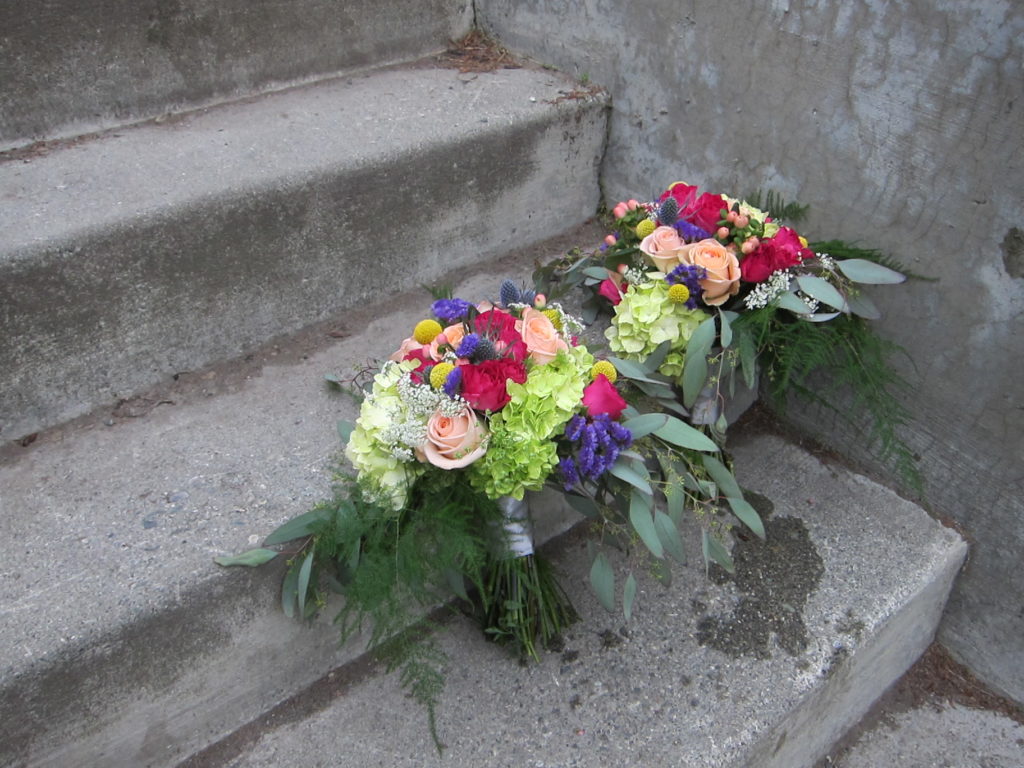 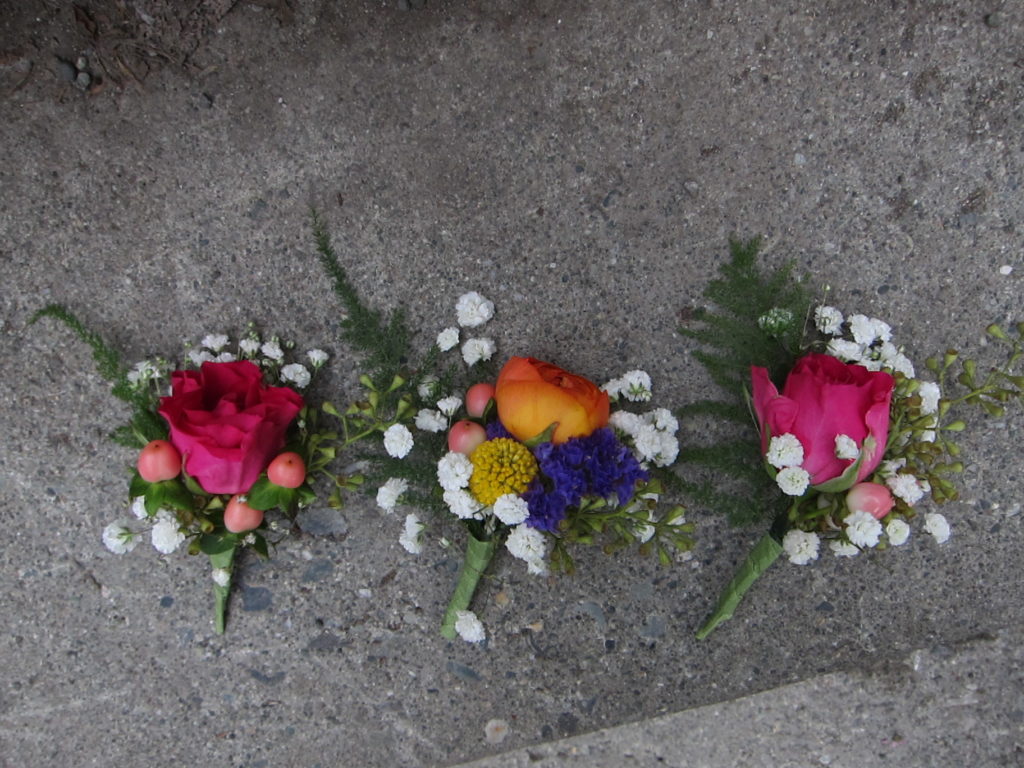 Three flower girl baskets were dropped off to me to be adorned with fresh flowers. I couldn’t resist adding the fuchsia spray roses to the flower girl crowns along with those sweet little coffee bean berries. 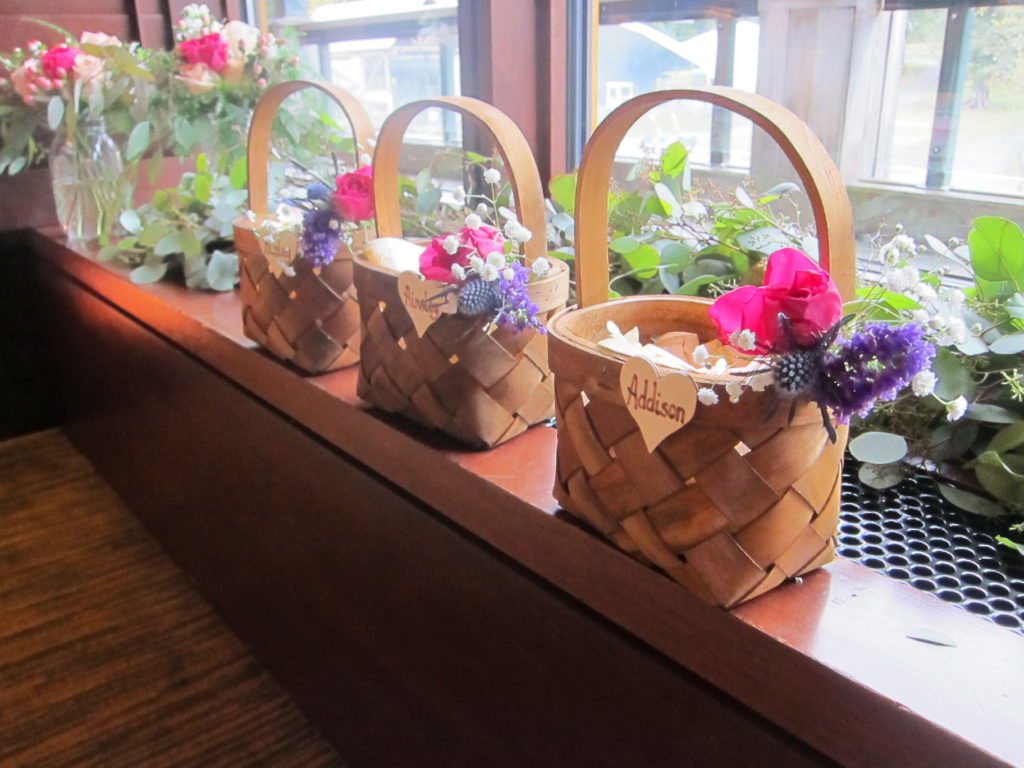 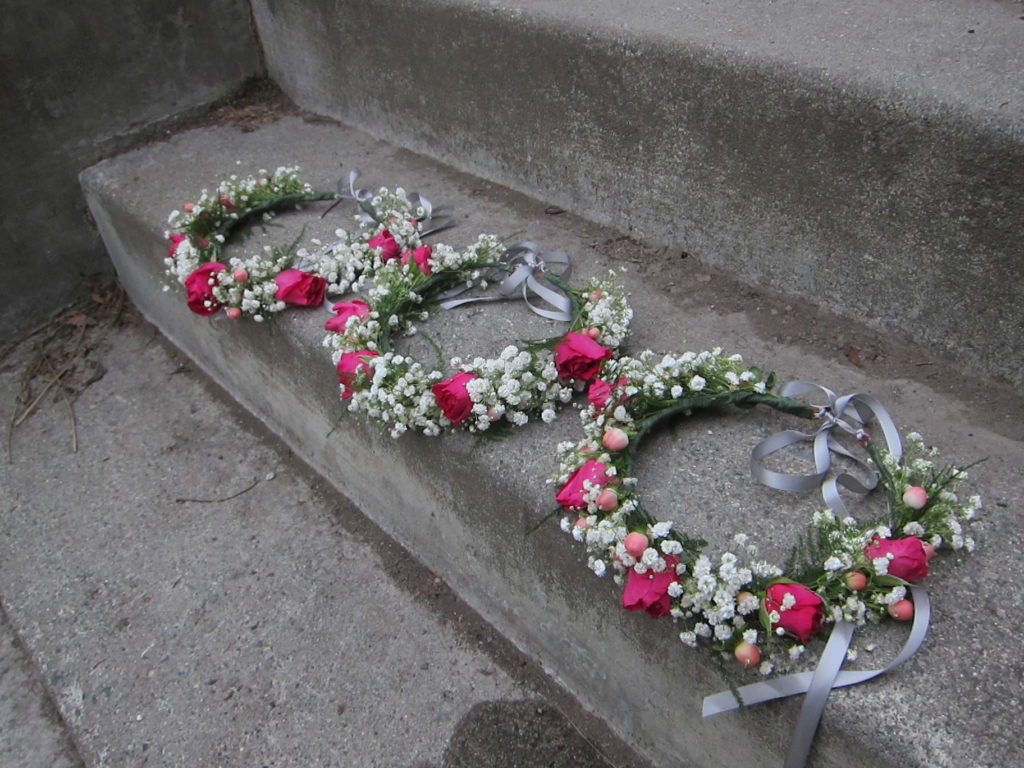 The couple was to be married out on the Boretide Deck at Alyeska Resort so they had ordered a eucalyptus garland with a spray of colorful flowers in the middle.

When I got to the hotel it was evident they would have to go to Plan B as it was raining buckets outside. They moved the ceremony into the reception area, which meant the garland and spray needed to be placed elsewhere. We opted to lay them out in the big bay window in the center of the room that overlooked the mountains. 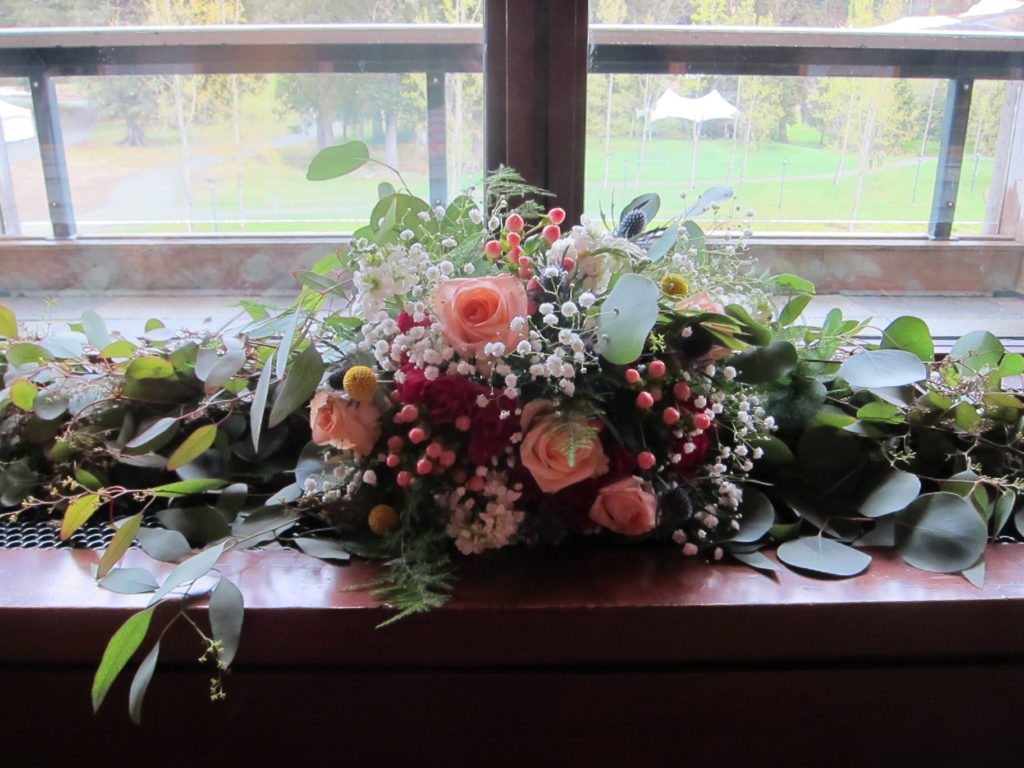 My sis and I brought made the centerpieces on-site and soon realized that there were twice as many mason jars as there were tables. It was the most floral reception I’ve done in Alaska. 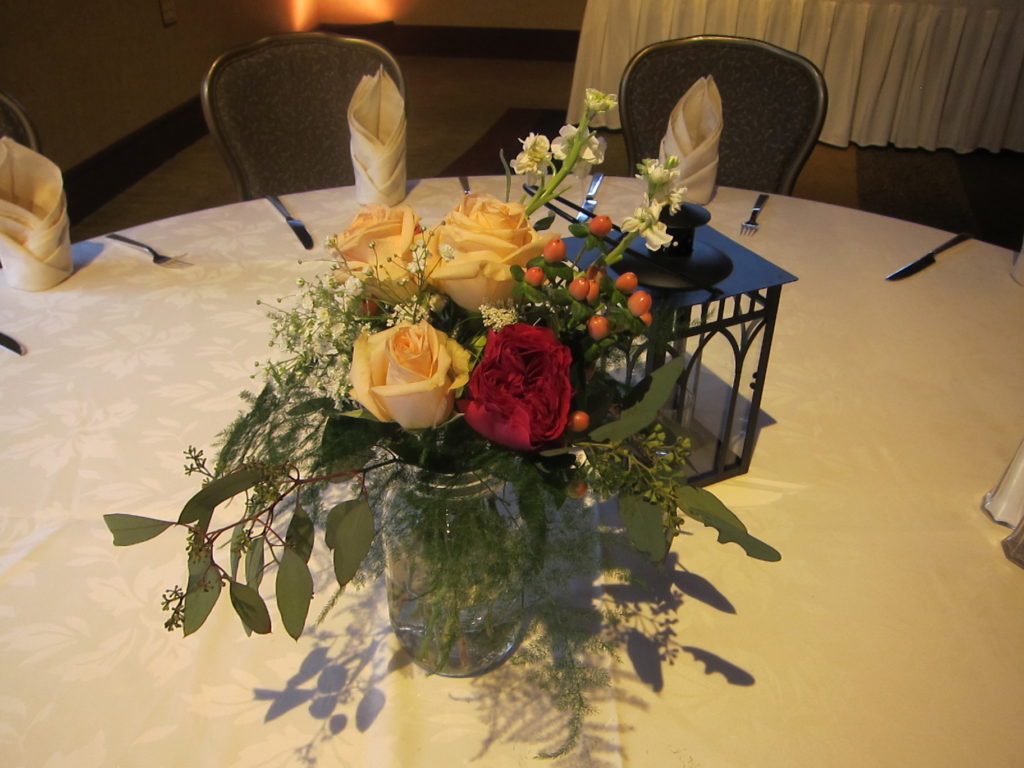 Since the ceremony location was slightly improvised, the bridesmaids came up with a creative way to arrange the extra centerpieces. They lined them up on the floor to create a faux aisle for the wedding party to walk down. So creative! 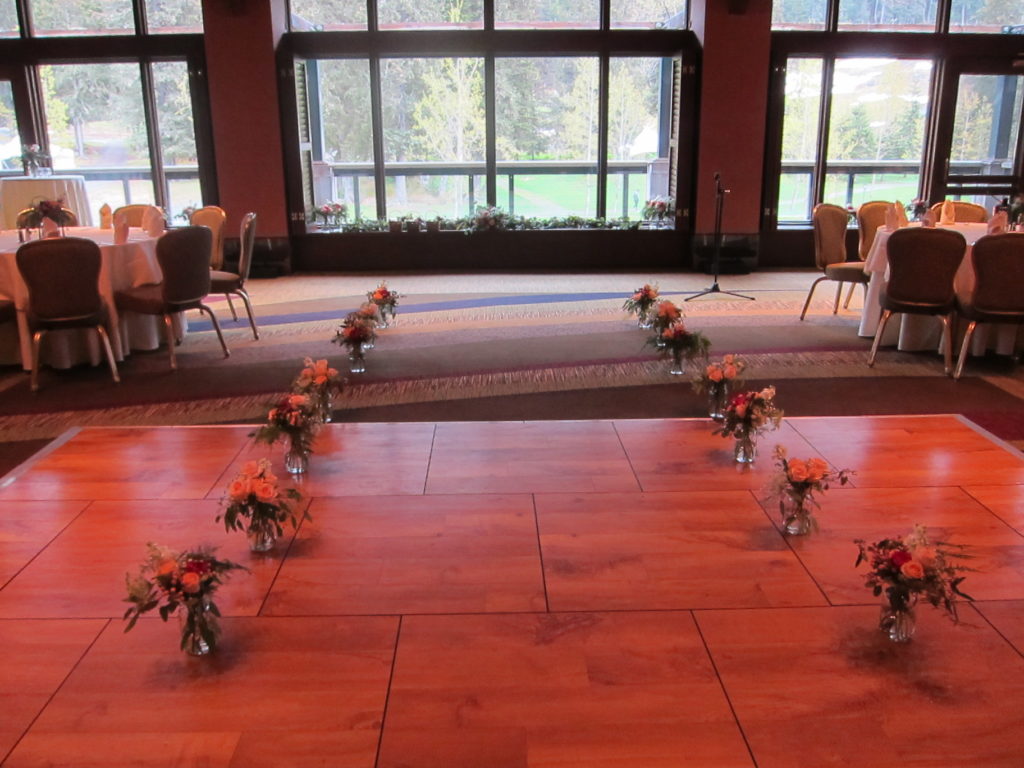 We got the centerpieces done in two and a half hours and boy were we exhausted!

So, 15 bouquets, 44 centerpieces, 18 wreaths, four crowns, one centerpiece spray, 12 boutonnières and four corsages. That sums up my weekend. It was a blur but boy was it fun.

Here are the three other bridal bouquets I made this weekend: 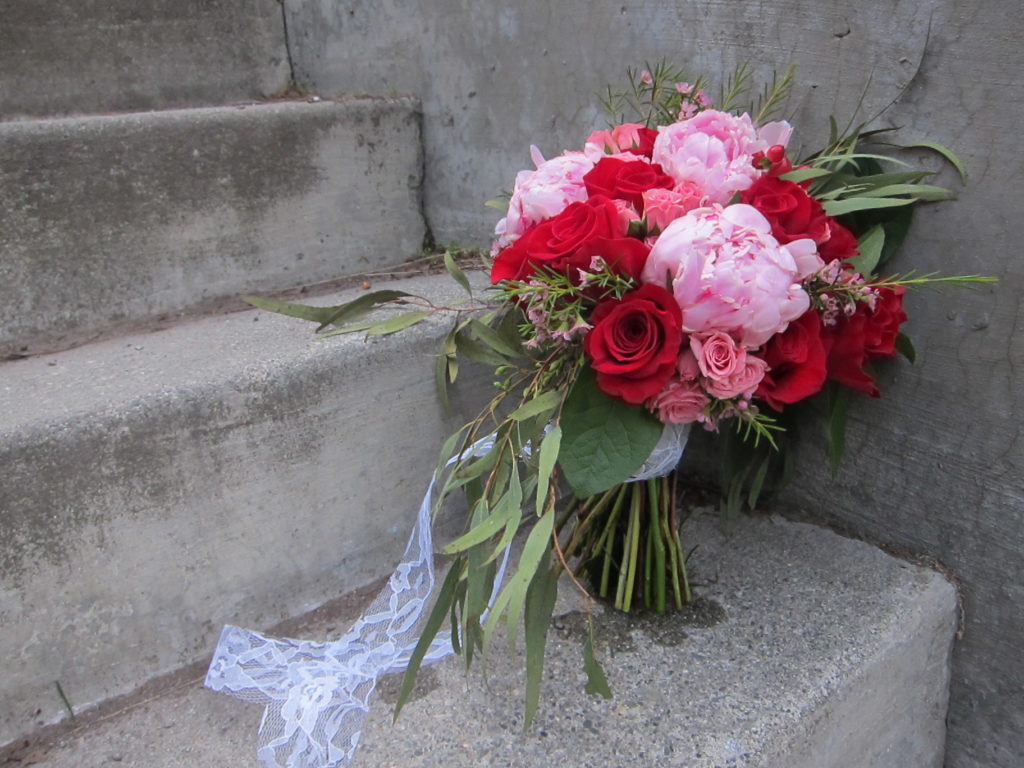 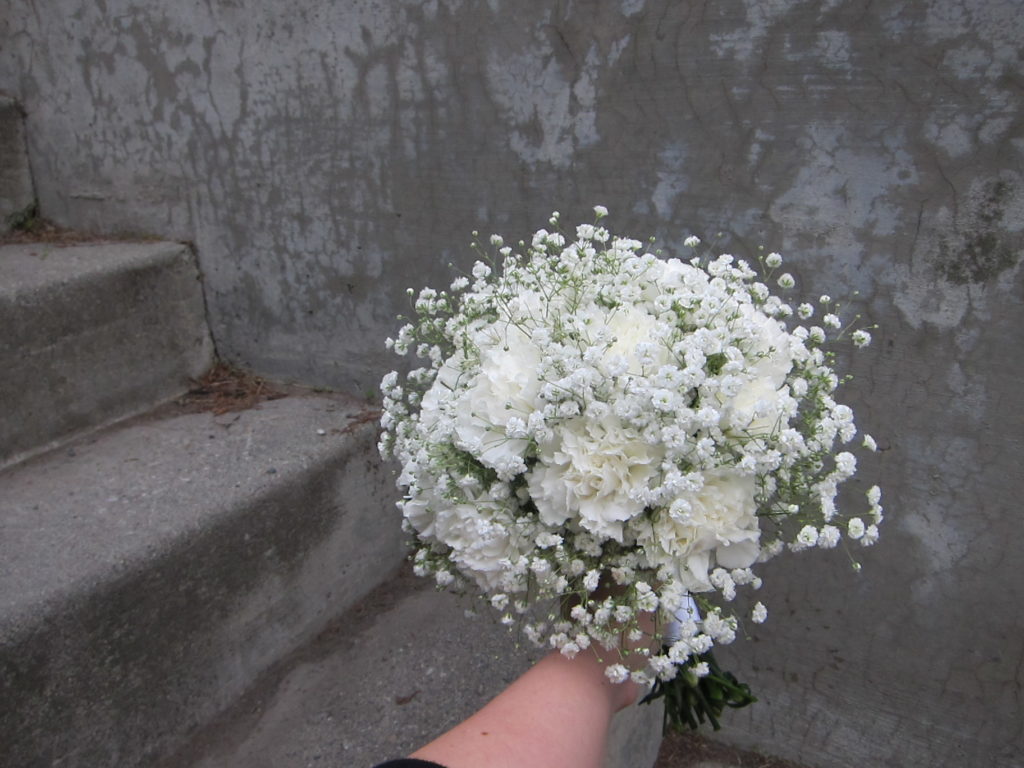 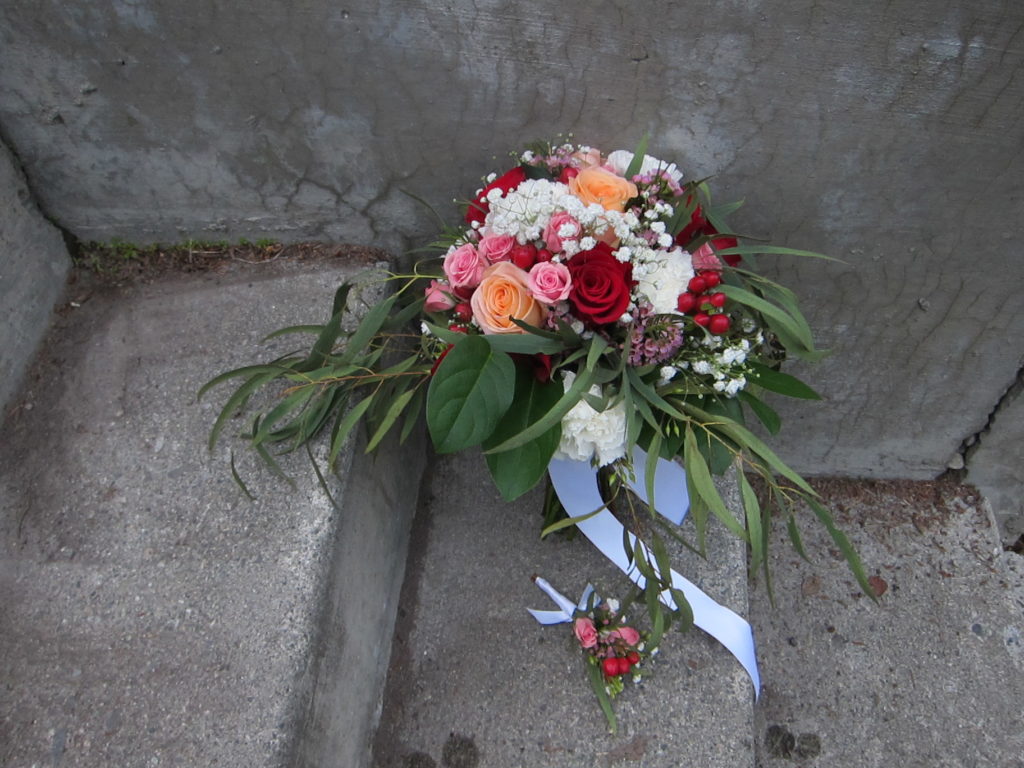