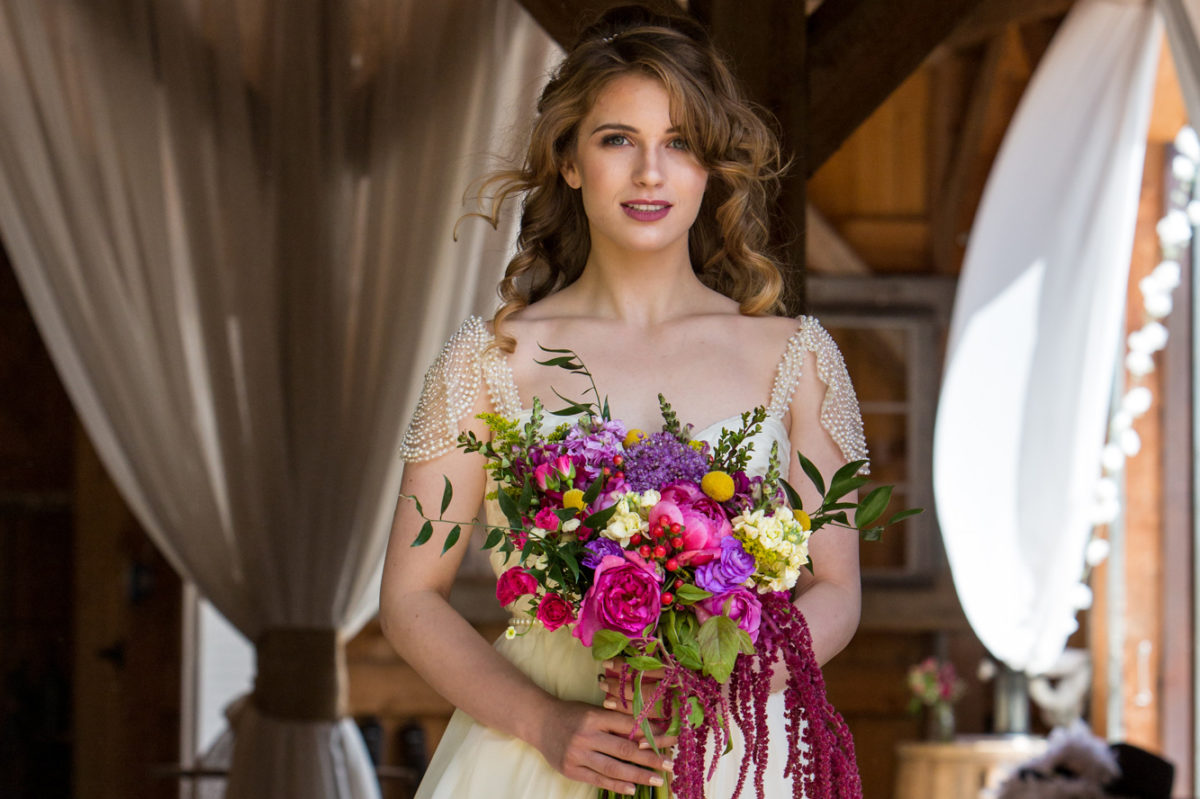 Last fall I attended a networking getaway in Homer hosted by The Boardroom called End of Summer Camp. It was a weekend full of meeting and making new friends. During that time I met Crystal and Carrie, owners of Toast of the Town event planning. I told them I was a flower lady and they said they would keep me in mind for future events.

Six months later they set me up with Charlee, a whimsical bride who wanted her flowers colorful, unkempt and carefree — just my style!

I had so much fun putting together the florals for Charlee and her fiancé Marc. I got to work with nearly a dozen different types of flowers from the most fragrant mauve garden roses to my favorite accent flower, craspedia.

I got to do something new, which I’m calling “hair flair.” Charlee had wanted hair combs with fresh flowers for the bridesmaids, but after a hair trial with another bride I discovered that the plastic combs I was using were not easy to work with. What I decided to do was make teeny flower bouquets with wire and floral tape to be pinned into the bridesmaids’ hair.

My niece and I made about 35 pieces of hair flair so the bridesmaids could pick and choose the flowers they liked best for their hairstyle. It was a lot of fun.

I delivered the flowers to Glory View Farm in Wasilla where Crystal and Carrie were setting up the most magical hootenanny.

Congratulations to Marc and Charlee and I wish them all the best! 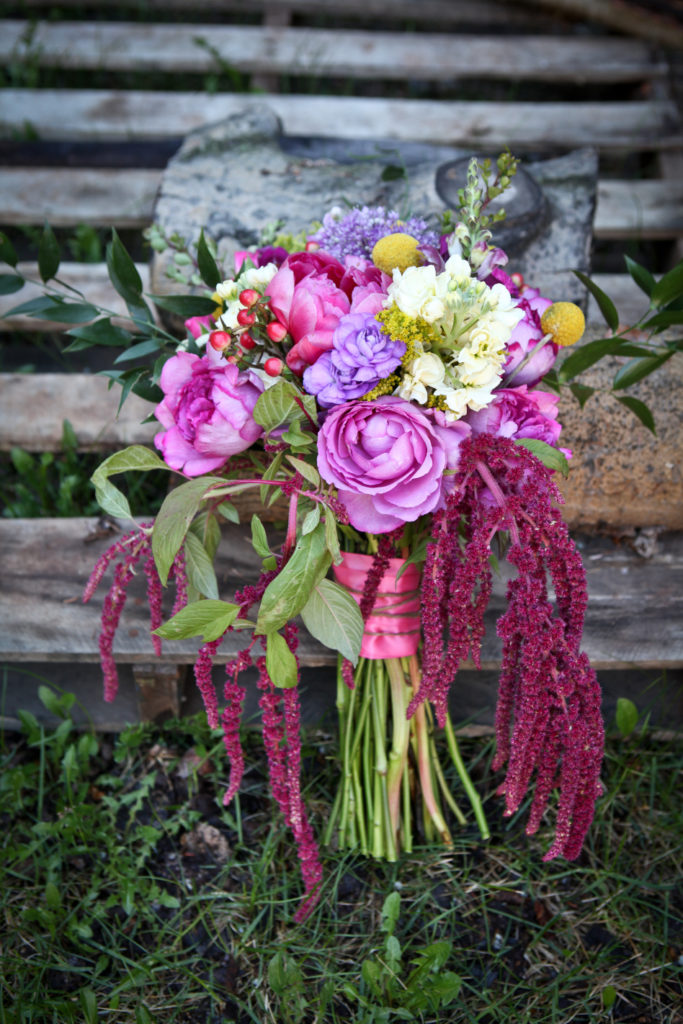 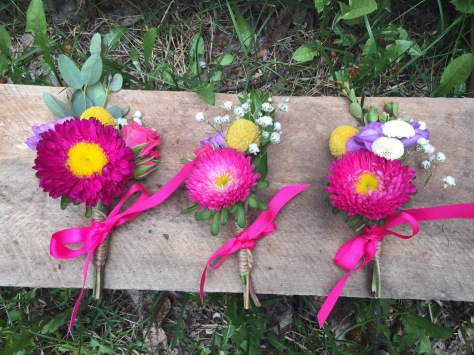